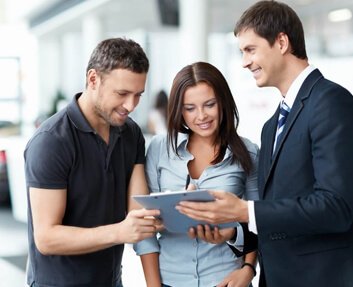 Getting a dent repair quote is the first step in the process of getting a vehicle fixed after an accident for most people. Dents are almost unavoidable when you own a vehicle. Somebody can drive past your car and leave you with a scratch. Your vehicle’s paint can come off requiring you to repaint it.

A child, another car, a foreign object, or a bike, are some of the things that can give your vehicle a dent. After the unfortunate incident, you will need the help of an expert to give your vehicle a great look. But, the cost is a major consideration for most people when seeking dent repair. Luckily, you can get a free quote for your vehicle repair with ease.

Dent Dawg has been repairing dents for years. We have a professional team that has been repairing all types of dents over the years. These are experts with vast hands-on experience in dent repair. Once you decide to fix the dent on your vehicle, contact us to request a free estimate online.

The cost of dent repair can range from $125 to $325. And, most dents are easy to repair. When the repair job is done right, the look of the vehicle is rejuvenated. Some people think that dent repair is an unnecessary and daunting task. However, failure to have a dent repaired can lead to the additional cost of repainting a vehicle.

In some cases, a dent can be more than what it seems. Your car may have sustained more than the visible damage during the corrosion. That’s why you should have it checked by an expert before you ignore the dent as a minor cosmetic issue.

Just like the name suggests, traditional dent repair is an old school method of fixing dents. It’s a tedious and time-consuming process. What’s more, traditional dent removal might not provide a lasting solution when compared to paintless dent repair. It entails repainting a vehicle, using fillers, and other chemicals to repair a dent. This can revalue the price of a vehicle because it affects the original paint and finish of a vehicle. When compared to paintless dent repair, this process is not environmentally friendly. That’s because the chemicals that are released into the air are not eco-friendly.

On the other hand, paintless dent repair is a more eco-friendly option. It’s a process of repairing dent using less invasive methods. When removing dents via PDR, our technicians work on the exterior part of your vehicle. By the time our technicians are done with your vehicle, you won’t notice signs of dents that it had when bringing it to our auto body repair shop.

Additionally, paintless dent repair takes less time. That’s because it does not involve painting. The body panels of your vehicle are moved and massaged carefully to restore their original look and position. Your vehicle will have the contours and shapes it had when leaving the showroom. We use modern tools and equipment to provide our dent repair. This combined with the vast experience of our technicians means you will get the best dent repair quote from Dent Dawg.

Several factors influence our quotes for dent repair. In most cases, paintless dent repair costs less than traditional repair. However, other factors also influence the cost of this repair.

Paintless dent repair will cost less to repair when compared to traditional repair. Most paintless dent repair jobs cost between $50 and $150. However, the factors discussed here will always influence the cost. As such, the best way to know the amount that you will pay for dent repair is to request an estimate.

Maybe your vehicle has a dent that you want to know the amount it will cost you to repair. Our crew will give you a free estimate at any time. Whether you have a minor dent, moderate dent, or severe dent, we can repair it. Just provide the details of the dent and its location at any time.

Contact us now to get a free dent repair quote or visit our auto body repair shop today!