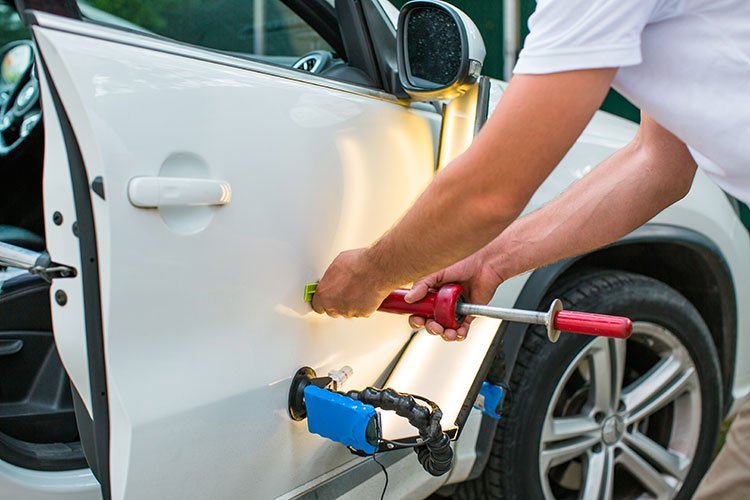 Dent Dawg offers top-notch paintless dent repair in Bergheim, Texas. We’re a professional team with a reputation for providing quality dent removal services. We understand how important your car is, and we’ll treat it with the utmost care and respect. We take pride in our technicians’ work and aim to provide the best possible service.

Regardless of what damaged your vehicle, our paintless dent repair service will fix the damage, provided it’s not too extensive. Our repair starts with your call or message submitted via our online contact form. We offer a free estimate so that you know the amount the repair will cost before you commit to our service. Also, our work comes with a warranty, so you can be confident that your repair will last.

Our crew has repaired dents in many vehicles over the years, ensuring that nobody even notices they had the damage. That’s because they have the necessary expertise, equipment, and technology to remove dents professionally. Our technicians work quickly but efficiently to ensure your vehicle is as good as new. So, don’t drive a car with an unsightly mark when we can fix it in no time.

Perhaps, you’ve heard about paintless dent repair, but you don’t know what it entails. Maybe your car has a dent, and you want experts to repair it using the PDR procedure. Paintless dent removal is an innovative process of repairing damage to your vehicle without repainting or using any filler. The process usually entails carefully pushing the dent from the inside until it pops back into place.

PDR is a perfect method for repairing minor dents and dings. Also, it is a much cheaper alternative to traditional body shop repairs that require sanding, painting, and autobody filler. Moreover, PDR is much less time-consuming than those methods. Our technicians can complete the entire process in a few hours, depending on the size and severity of the damage.

Here are the steps that our crew follows:

Damage assessment: Our technicians start by assessing the dent to determine whether PDR is a suitable repair method.

This process is more efficient, taking minutes in some cases. However, the essential part is scrutinizing the damage to determine whether PDR can fix it. That’s why you shouldn’t allow amateurs to experiment with your vehicle. Instead, please bring it to us for professional damage assessment and repair.

Why PDR is Better than Traditional Dent Removal 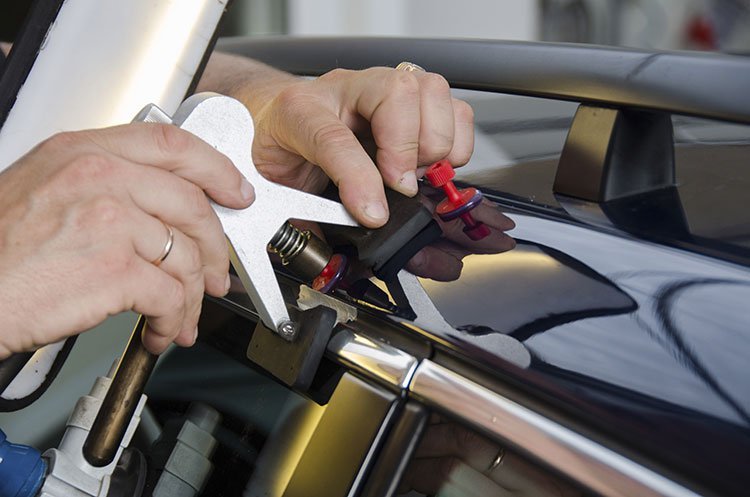 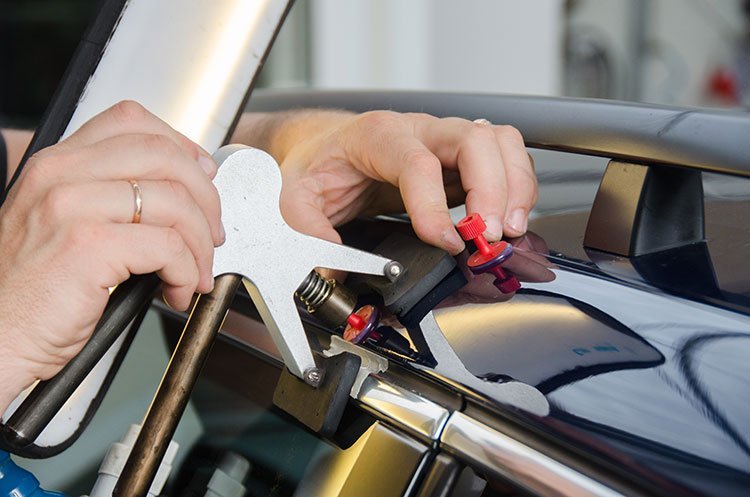 Maybe you have always received traditional dent repair from a local mechanic. Conventional dent removal involves sanding, painting, and using auto body fillers. Although it might seem like a faster option, it has several disadvantages.

For starters, it is a more invasive repair method that requires the mechanic to drill holes into your vehicle. Also, this method is usually more expensive than PDR since it requires more labor and materials. Additionally, it takes much longer to repair the damage using this method.

Finally, traditional dent removal often leaves behind visible evidence of the repair. That’s because sanding and painting are not always perfect processes. Even the most skilled mechanics make mistakes that will be visible after the repair is complete.

Paintless dent removal is less invasive. It entails using specialized tools and techniques to push the dent out from the inside. The process is more efficient and doesn’t require repainting, sanding, or using fillers. So, it is a better option in most cases.

This technique is ideal for repairing minor dents and dings. However, it also works for some more extensive damage if they have not broken or cracked the paint. In those cases, our technicians will use other methods to repair the damage only after ascertaining that PDR won’t work.

PDR is the best option when you want to avoid repainting your vehicle. The process doesn’t require sanding or painting, so that it won’t affect the original paint job. Also, this technique is a good option if you want to save time and money. The process is less labor-intensive, so it doesn’t require as much time. Additionally, PDR is a more affordable option than traditional dent repair methods.

Dent Dawg has invested in modern equipment, employee training, and innovative technologies to ensure efficient, safe, and professional paintless dent repair. Since we know the essence of your vehicle, we ensure that only the most qualified technicians provide our PDR service. These are specialists with a proven track record of exceeding our client’s expectations with their results. So, be confident that your vehicle will be in safe hands upon bringing your vehicle to us for paintless dent repair. We will use the best tools and safe techniques to repair your car efficiently and professionally.

Our paintless dent repair service comes with the following guarantees: